How were these materials prepared?

This Google Maps Stereoscopic 3D Application demonstrates one of the many ways that your Geodata can be prepared in TNTmips and published on the Internet. This simple example presents 3D stereoscopic views using predefined imagery and terrain data from a single U.S. state. In this version the stereoscopic rendering can be anaglyph, passive (interlaced), or glasses-free (autostereoscopic). This viewer will soon be modified to let you view stereo on your active 3D monitor or TV.

TNTmips also provides tools for converting your large CAD, shapefile, and vector data into KML tilesets and SVG tilesets that retain their point, line, or polygon geometric characteristics as well as their database attributes. These unique tileset structures can be easily incorporated into professional mashups for use in Google Maps and Google Earth. Various applications of geometric tilesets can be viewed in our Geomashup Gallery.

TNTmips can also be used to view and interpret any of your local geodata (image, CAD, shape, and vector) in full-color stereo on your 2D or 3D monitor or TV.

Any special software required on the web site?

No additional software of any kind is required on the web server that provides access to these and any other tilesets prepared in TNTmips. Tilesets and geomashups can be published for Internet access by copying them to your website or even into a cloud.

TNTmips BASIC ($200): This low-cost version can perform GIS and image analysis for small project areas and provide stereoscopic 3D viewing. It can also use any of the tilesets used in this web application and any other tilesets published on the Internet by anyone.

TNTmips FREE ($0): This version for students and learners is limited to smaller project areas and can view only your local geodata in stereo.

TNTmips Pro: Our professional version handles geodata of any size and provides a complete suite of GIS and image processing and analysis tools, along with Internet publishing and stereoscopic 3D viewing. TNTmips has been used for 30 years throughout the world. 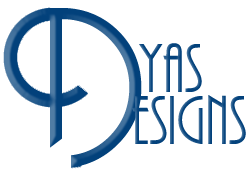