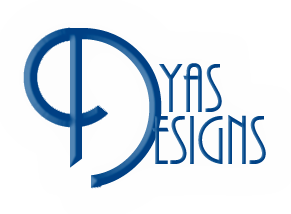 This feat is possessed by those of Warlord class, automatically at level 1

Blood Brotherhood: Allows one to create Blood Brotherhood via an Oath of Joint Allegianceit creates social and mystical ties this is an alliance as true as those of a native bloodline its most often seen amongst elite groups of heros like the Aesir or the Round table,Tuathans and similar groups. It is an enabler for several other rites such as the Affirmation of Bonds. This sometimes takes its most primitive form of cutting of palms to allow blood of members to mingle though its also performed as a grand ceremony with great pomp and circumstance and feasting. In some ways this is a very basic blood-rite and can be learned even at level one.

Examples: Tuathans, Aesir, Round Table, Men of Sherwood, Fellowship of the Ring.

Affirmation of bonds: is a rite which allows the members of a bloodline (or brotherhood) to exchange the deep heroic energies of the healing surge according to their needs (its most common form its relatively informal as a breaking of bread and sharing of a meal or simply rich libations where one member leads the rite and pays the blood price (ie paying the opening healing surge). The cost is relatively small and is often buried in rich foods or packed away in karma point 1kp per tier per participant. (increase cost and increase cost of comrades succor also house rule) - requires: Blood Brotherhood.

Blood Claim or Heritage Binding (sometimes called Blood Attunement): You can attune an item to your heritage. If broken the item can be restored or reforged with magic intact additionally fate manipulates events to return the bonded item to your hand (if it is lost) or those of your descendents (if you are lost).First Blood rights are the most basic for of this (followed by Familial rights) which causes an item to be useable by the currently living blood-line inheritor even this is sometimes stretchable to the next in-line if the primary inheritor is incapacitated. A Form of Blood Attunement is said to also allow passing less physically embodied gifts such as those obtained by Blood Oaths to a descendent as well but such gifts often have to be awakened this awakening may involve accepting the same oath or not those not paid for may become a faded gift. A faded gift is much like a normal gift which has been lost or must be upgraded after 5 levels) but enemies or even allies beyond the central group never will. The concept of rightful ownership based on bloodline is significant enough to those of heritage that this ability is not made light of but in game terms it is uncertain if it is more than a flavor element its primary impact is if an item is stolen it cannot be used against its rightful owner and in concert with a brotherhood those who are bonded may share an item normally not shareable.

Grail aka the Cauldron of Life : from whence the dead can be drawn living once more - The grail/cauldron is a focus item associated with raising the dead, discovering it enables a ritual which can be used to raise dead heros. It is often itself sought in an otherworld quest though its mouth is itself to be the gateway in to the otherworld which one travels when inviting the dead to return back to the world. This has an extraordinary cost in Karma but it is often spent by the individual returned or by the group in the case of a heroic team.

Creating Oath Bound Gifts and Charisms
These effects (4e calls Legendary Boons and Divine Boons as mentioned in the alternate rewards chapter in the DMG2 ) normally have ambiguous durations and unlike magic items lack conditions for their loss. The following makes them creatable by characters themselves and also loseable as they are tied to the maintenance of Oaths/Geasa *aka taboos.

Oath Binder: You can create gifts and blessings that breaks the boundaries of normal capability a these effects are bound up in an oath which allows the effect to be lost if the oath is broken or abandoned or even upgraded these are bound with an oath "a behaviorial stricture" which when broken - releases/rescinds the gift or blessing associated or decays the skill due some would say confidence and clarity loss. These gifts have a charity price which is sometimes paid in advance or tithed or attained via affirmation questing. An affirmation quest may be a mystical quest or spirit journey and failure is possible (though such a failure means the gift is not created/affirmed/awakened). This cost is a direct analog to the cost an item creation ritual. An oath binder must be trained in requisite skills for certain subsets of gifts (such as nature for the Totemic Oaths and gifts).

Gift Awakener : a Shamanic style rite which allows one to create Legendary and pseudo divine gifts which are bound by taboos aka Geasa

It is possible to awaken a gift in others you do not possess yourself or seat in them an oath or taboo you do not follow.

Many of these may be enhanced via Heroic Surges ie Heroic Exertions and may be visualized as qualitative extentions beyond mundane skill application.

Channelling Ancestral/Ancient Memories - You enter a trance, for the duration of your trance state you are channelling an ancestors mind or perhaps merely remember something from a mortal life time ago when you were not really the same (For ancestral memories you might get their personality in minor overlaps for flavor) and understand a relevant time period (pick an approximate life span of years) as though you were living in it add d10 to each of your performances involving a specified skill use although its often history skill (applicable to that time period). This trance might last till you spend a healing surge or recover one. ( this is most often a mental skill )

Blood Demand: This Gift allows one to create a single service involuntary oath. It is a compulsion to do something with actual negative repercussions if you dont follow the demand, these may infact be as extreme as the intimidation which initiates them. An intimidation vs a bloodied enemy may resutl in an infliction as extreme as eventual death if you fail to follow the oath. It isnt always totally obvious that an oath has taken. This is a power often attributed to Paladins such as Lancelot. A common example of the task being "Travel to Camelot and peacefully offer yourself up for penance to the king and his mercy" - with a tacit you will sicken and die? if you dont . A Blood Demand creates an affliction and is always performed as an heroic exertion (intimidation)

The Power of Naming/The Heraldic Gift /The Blood sense At one point this ability was considered solely the province of heralds but is infact valuable and discovered by many who value perception - at its basic this is conveys the ability to recognize or sense the bloodlines (generally this includes sensing of fully Fae, Daemons, Divine and Draconic entities) and even make some measure of their empowerment. At its deepest expression you will know the name of any sensed though they may otherwise be a stranger. In a combat context this makes it far more difficult for those of awakened blood to achieve surprise this alongside honorable combatant oaths makes more straightforward fighting styles the norm amongst many bloodlines. This ability is sometimes fairly subtle. and doesnt necessarily involve use of a healing surge, though a heroic exertion might increase its range or similar effects.(enhancing perception and insight)

Wrestling/Chatting/Duelling with Death: Some blooded individuals can sense and interact directly with mystical entities like death and in so doing create effects which defy expectations. For instance recently dead individuals not necessarily heroic ones neednt actually involve a journey to the otherworld to raise, just the awakened perceptions and being at the right place and time following the death of another 3 days following the demise no more no less. This is normally only performed for a great friend as it entails a similar karmic price as raising a hero. This practice may sometimes feature becoming extremely enebriated on expensive wines or similar chemical adjustments. Convincing death to forgo taking someone for a time may be an athletics or charismatic test or similar challenge.

Concepts Regarding Gifts and Oaths/Geasa

Limits on Gifts (Charisma): In the normal rules their are subtle and not so subtle limits on items you can exploit based on slots and encumberance. Carrying "too many" boons might penalize one in a manner similar to encumberance with carrying too much weight. (in what manner? to be determined).The term charisma is derived from divine/innate gifts and in some sense can be taken to mean how well you carry them so it might act as the spiritual strength which allows one to carry and exploit divine and legendary boons.

Drawbacks : Legendary Gifts are not unlikely to have drawbacks. After a battle Cuh Culaines Warp Spasm gave him a fever which took some effort to quell - it is described very extremely as skin hot to the touch so hot as to boil water repeatedly - its not even clear if this cooling the fever was anything more than to allow him to interact with people. Perhaps if the fever is not treated it might result in temporary loss of speech (both understanding and the use of) followed by unconsciousness for a period.

Resuming/Recovering a failed oath: Part of the premise of losing an oath is that just as an item can be stolen... it can be recovered basically this doesnt have to be huge it might be as simple as repaying it's karmic price.